The “Doggie Don’t Device” is a piece of technology that is designed to stop unwanted activities such as barking, fighting, and whining. It also can be used as protection against aggressive animals while you are out walking, biking or such. So you can deter off-leash dogs, raccoons, and coyotes.

So does it work? How does it stack up to the competition? Here is our review. 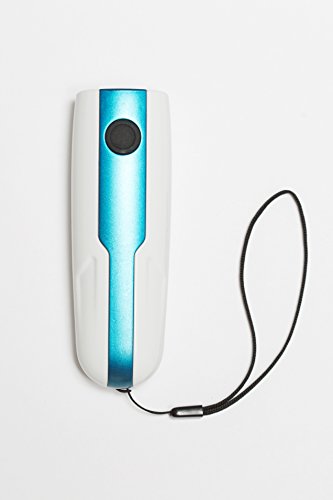 First, we must mention that this product has won an “Amazon’s choice” award. Many people are satisfied with it.

It is a very simple device. When activated, it produces a loud buzzing noise (more than 100 decibels) that both you and animals can hear. There is no shock, making it far more humane than competing devices. It is effective on all dog breeds and other animals.

Batteries are included. It is lightweight and comes with a wrist strap, making it convenient to carry around. It easily can fit in your purse or pocket.

For it to properly work, it’s important to use it consistently with a firm voice and a pre-chosen command. You must use commands in conjunction with the doggie don’t device and positive reinforcement.

It should not be used as punishment. It is intended to serve as a distraction from unwanted behavior so that you can reward your dog for good behavior.

So what do we think? There are plenty of pluses and minuses, here they are.

It’s quite effective at stopping bad behavior such as jumping up or barking. So the device does its main purpose well. The battery lasts for a long time – roughly 500 uses. That probably means you can use it for several months before buying new batteries. This keeps the cost of operation to a reasonable level.

It could be a very handy device to have. For example, if you see a dog fight or if a dog is charging you.

The main competition for this technology is a shock device. Remember, the “doggie don’t device” can be heard by you and your dog. It sounds like loud static on the TV. This might be annoying and could be an issue if you are in a public area like the middle of a town or a park. On the other hand, many would consider this to be far more humane than a shock device.

The drawbacks are there and we’ve taken note of them for you. You can hear the noise, and it can be annoying. It will be heard by all the surrounding pets and other people around you.

Oddly, you can’t adjust the volume of the sound. It’s probably too loud for some sensitive dogs. This is one of the biggest weaknesses of the device.

The batteries are not rechargeable. This is presumably to keep the device affordable. But every few months you will need to spend money on batteries. Throwing used batteries in the trash also isn’t great for the environment.

Overall, this is a great buy. It doesn’t use shocks like a shock collar, so it’s far more humane. It’s manually controlled, so you don’t have to worry about the device accidentally going off.

Are the batteries rechargeable or the disposable type?

They are not rechargeable but the device does come with two. You’ll need to buy more every few months.

Are there any other secondary uses?

It can be used to ward off unwanted animals you encounter (coyotes). Also, if another dog is a nuisance, you can use the device to get them to stop unwanted behavior.

Is the sound ultrasonic?

No. It is audible to both you and humans. It is loud and sounds like static on a television.

Get your FREE Dogs Guide

0 shares
Special offer for our visitors

Get your Dogs Free Guide

We will never send you spam. By signing up for this you agree with our privacy policy and to receive regular updates via email in regards to industry news and promotions